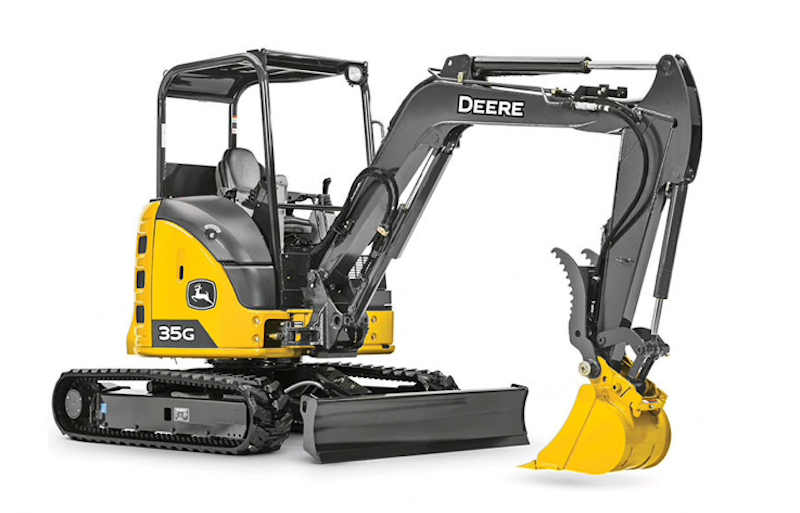 The Wacker Neuson Group and John Deere Construction & Forestry Company, a subsidiary of Deere & Company, USA, a leader in the delivery of agricultural, construction and forestry equipment, have reached an agreement for mini and compact excavators.
The long-term exclusive OEM supply agreement covers mini and compact excavators weighing less than 5 metric tons, including battery electric excavators. Wacker Neuson will design and manufacture the machines at its facilities in Menomonee Falls, USA, as well as Linz, Austria for the requirements of John Deere mainly for North America. The excavators will be distributed under the John Deere brand via John Deere's global dealer network. The companies plan a phased introduction of models. All Wacker Neuson models in the same product range, will continue to be distributed under the Wacker Neuson brand through Wacker Neuson's own distribution network. For further information see the IDTechEx report on Electric Vehicles in Construction 2022-2042.
Wacker Neuson management is confident that this agreement will substantially accelerate the Group's profitable growth trajectory in the medium term. It does not, however, expect significant contributions to sales and earnings within the next three to four years. The Wacker Neuson Group plans to invest an amount in the low double-digit million euro range to expand production capacity accordingly.
The agreement also covers a technical collaboration between John Deere and Wacker Neuson in relation to 5-9 metric ton excavators. John Deere will purchase and incorporate design and technical IP provided by Wacker Neuson, adapting and evolving it to meet its own manufacturing and innovation requirements. These models will be produced and launched on the market exclusively by John Deere, while Wacker Neuson will independently continue to develop, produce and distribute its own 5-9 metric ton excavators under its own brand. Wacker Neuson expects this to produce a one-off effect on earnings in the low double-digit million euro range in the course of the coming 18 months.
Source: Wacker Neuson Group
Top image: John Deere