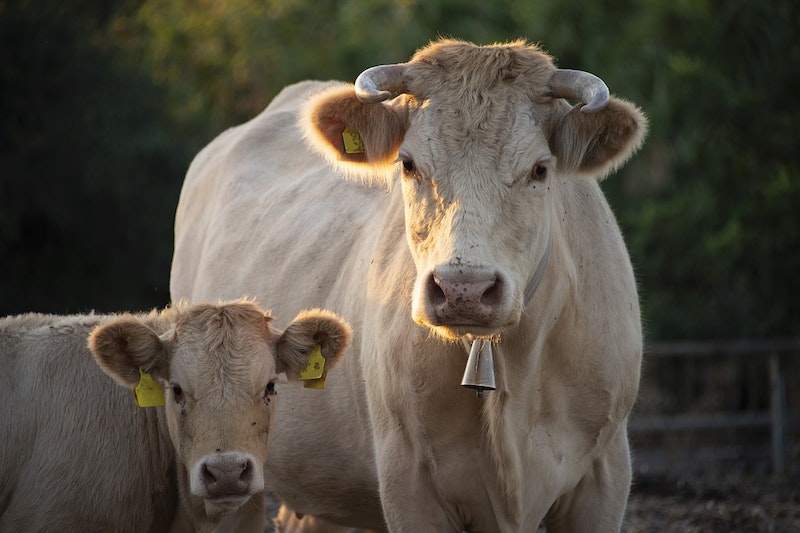 A crypto mining business which runs its computers off cow manure has taken £5million in sales bookings so far this year. Bury-based Easy Crypto Hunter says enquiries have surged after Elon Musk attacked Bitcoin mining for guzzling energy created by harmful fossil fuels.
Mining Bitcoin usually requires a super-powerful, energy-intensive computer, and most mining is done in China where energy costs are far cheaper than here in the UK. But Josh Riddett's mining machines — measuring 70cm x 35cm x 40cm — are designed to mine other digital currencies like Ravencoin and Ethereum and use far less energy.
The firm's mining rigs typically retail for £18,000 and have averaged approximately £30,000 each in annual profits over a three year period, with the bulk of these gains made in 2021 as digital currencies won institutional acceptance. Longer term investors saw the greatest profits. Owner Josh Riddett — who was among delegates at an EU summit on crypto last year — says the company has been experiencing huge growth in sales among the UK's agricultural community as farmers tap into on-site renewable energy like solar, hydro, wind or anaerobic digestion. For further information see the IDTechEx report on Energy Harvesting for Electronic Devices 2020-2040.
One green site hosts 40 mining computers which run 24/7. The site is powered using Anaerobic Digestion (AD) machines which turn animal waste into renewable energy. Farmers with renewable energy sources like solar, hydro, wind or anaerobic digestion can sell their power to the National Grid for around 4-7 pence per kilowatt hour — but they can earn up to ten times that running a crypto mining machine instead.
Easy Crypto Hunter now has more than 250 registered customers, including so-called Crypto Whales and high net worth individuals who often own 30 to 40 mining computers. The company is believed to be the only seller of crypto mining machines in the UK with a bricks and mortar office.
In March, 2020 Mr Riddett was among delegates who attended an EU summit in Brussels on crypto currencies chaired by Sir Graham Watson of the European Economic and Social Committee.
Josh Riddett, CEO of Easy Crypto Hunter, comments: "Elon Musk wiped billions off global crypto markets when he said Bitcoin mining was bad for the environment but what we're doing couldn't be greener. Our computers are capable of mining hundreds of different digital currencies but we don't mine Bitcoin because it's not as energy efficient as other coins and it's not as profitable. When we started this business four years ago, green energy wasn't on our customers' radar, but now it's approximately 40 per cent of our business, and growing every day. It's a good idea for both the client and the green energy supplier, so a win-win all round."
Easy Crypto Hunter was founded in 2017 to provide blockchain technology to business owners looking to generate passive income streams. It is one of the largest companies in the UK specialising in crypto mining services.
Source: Rhizome Media Group
Top image: Pixabay